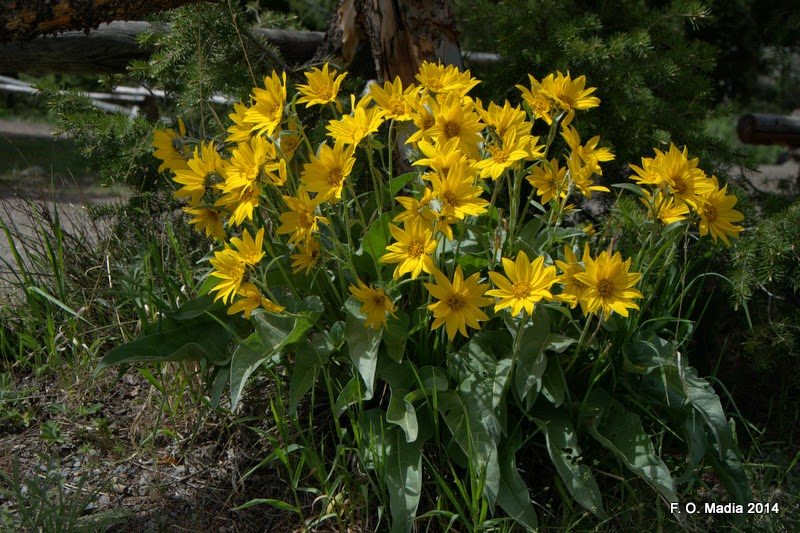 The Flowers of Yellowstone National Park – 2014

At long last I have identified as many of the flowers of Yellowstone National Park I took photos of over the course of the summer as my reference material will allow.  There were a few I just could not get a clue for, so you won’t be seeing them here.  There were a few others that I was able to narrow down to a couple of choices and will present here with both possible names.
I am sure I have made a mistake here or there, but I assure you I have done the best I can with the five reference documents I routinely use plus the occasional web search now and again.  For the record for most of my flower photography I try to take several images of the same flower in order to get all the parts included among the photos to give myself a fighting chance at identification.  Sometimes the blossoms just aren’t enough evidence.  The leaf shape and or the length of the stem sometimes make a huge difference in the identification process.  As will be seen towards the end, there was a flower I got a bit in a hurry with while photographing.  I didn’t get images of the leaves and when I tried to identify it I came against a wall as there were two species with essentially identical blossoms but quite different leaves.  Another of the many lessons learned this summer.
There are a lot of photos to follow, so I will let the images do most of the talking from here on out.  I am posting them in chronological order to give the reader an idea of when each flower was present.
These first two images are Arrow Leaf Balsam Root.  These flowers blanket much of the park from June and well into July and this year all the way to early August.

All the previous images were made at Undine Falls in early June.

It seemed to me that we had more flowers both variety and numbers in the campground this summer.  Over a few days period I walked around the campground and tried to photograph samples of the different species present.

There was a period when there were more flower species in camp than campers.  Or at least it seemed that way.
Now, back to the field.

The preceding group of photos were taken on July 17 along the road on Dunraven Pass.
Well, that is about it.  I had to leave a few in the bucket for lack of a positive identification.  I left that mystery plant in hoping someone might be able to help me identify it.  The others I was unable to identify could possibly been identifiable had I taken better photos of the entire plant.  The lessons just keep coming.
We are rapidly approaching the end of our season.  I have a fair collection of elk photos that may show up in a final blog of the season of time allows.
I hope you have enjoyed these images and the stories I have told over the summer.  Stay tuned, as we have travel plans for the fall and winter that could generate another post.
PrevOlder Stories
Newer StoriesNext

2 thoughts on “The Flowers of Yellowstone National Park – 2014”