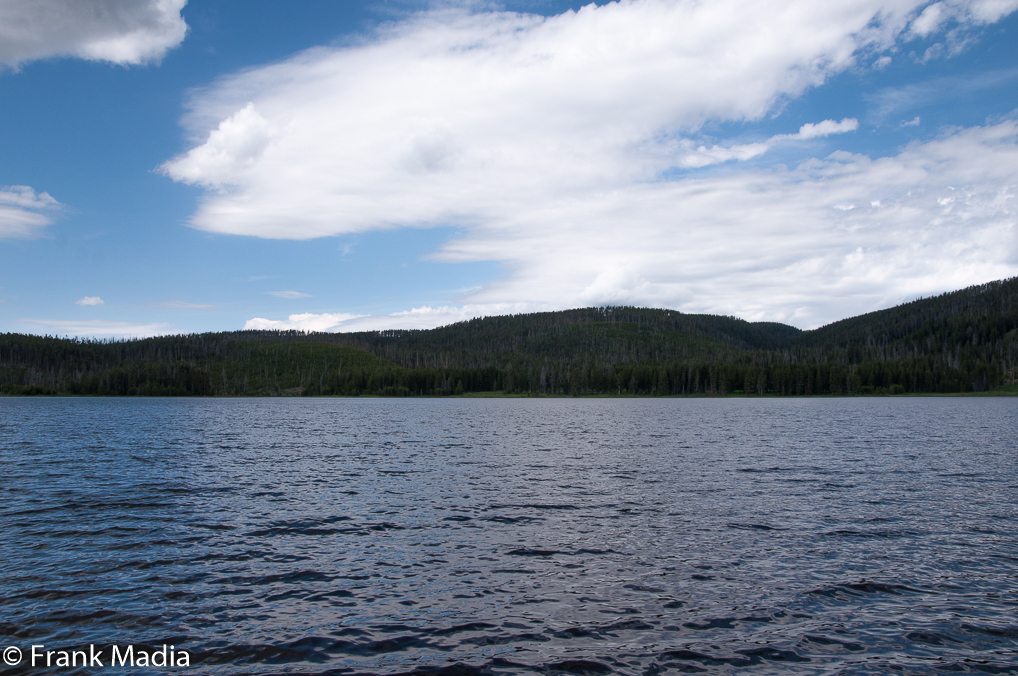 There is very little that causes me to lose sleep at night. However, for the last several weeks I have had a terrible time staying asleep. It has taken a good long while to determine what exactly has interrupted my slumber. Over these last few nights, I have come to realize that almost every time I find myself awake I am thinking about this blog and how delinquent I have been in keeping it up to date.

Below are a few of my personal favorites.

For reasons I cannot explain the Grebe Lake hike ended our hiking season and it was still June at this point. We have already talked about how to make a better attempt next summer.
Later in the summer we were visited by our niece, Cinda Isler. Cinda was with one of her congregation members visiting the other woman’s sister-in-law. The three were camped in a travel trailer outside West Yellowstone. During their visit they came into the park to see Old Faithful among other sites. They also did some hiking while in the park. The day they came in to hike to Fairy Falls, see Old Faithful and take showers was the day they came to visit us. I cooked dinner and we all sat around our campsite talking about their adventures. Their visit to our little piece of paradise was far too short, but we truly enjoyed being able to share our site with them for the few hours they were there. Before their longer visit to the area was complete they would see a great portion of the northern region of the park with a whole lot of windshield time as they were camped such a long distance away. Cinda had never been to Yellowstone before. She is still talking about the “wildness” of the entire ecosystem.
Our June was a busy month for sure. We did get out and about once in awhile and I was able to make some photographs. I will let some of them do the talking for a few inches.

Well, that about does it for The Lost Summer Part 1.  As promised within the next several days Part 2 will be available for your enjoyment.